Coca Cola, the nation's favorite drink just launched the fourth installment of the CocaCola Football Festival at the Ayala Alabang Country Club in Muntinlupa City. Over 230 teams and approximately 3,500 players from all over the country will be in this year's league as part of their strong support for the sport of football around the world. President and CEO Guillermo Aponte says it brings a lot of excitement and support for the sport and they are glad to be part of sponsoring something that would benefit all the regions, all genders. We are trying to cover Manila and the whole island of Luzon and perhaps other provinces soon because we hope to work closer with them. In the meantime we will try to do our best to promote football/soccer in the Philippines - as much as we can. 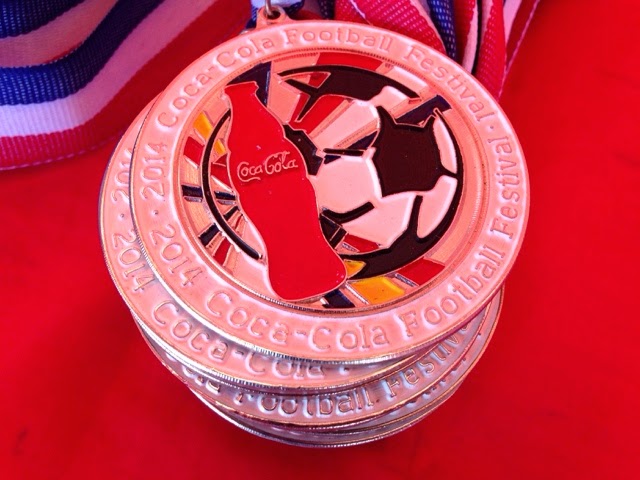 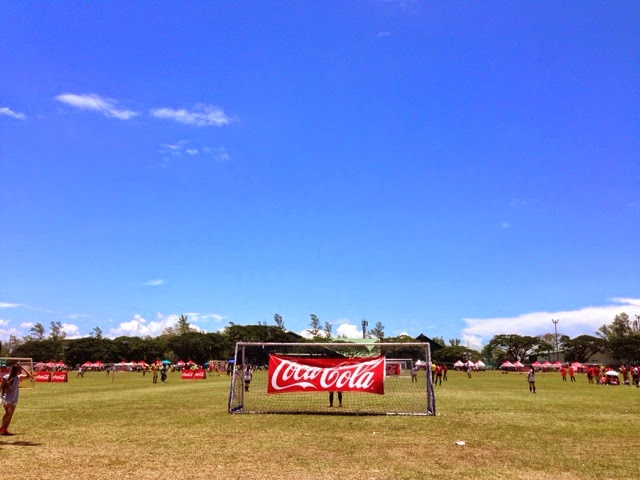 It will be played in 22 football fields and will be done simultaneously. They will also follow a 7A Side Football Format wherein they will be limited to 7 players. The schools and football clubs are only allowed one team in this cup. Last year, Green Barons, Miriam College, Xavier Football Club, the Makati Football Club, DLSU, FC Sikat, DLSU Zobel, Makati FC Elite and Makati Football School took home titles in different categories. I've also seen their photos on the lot while everyone was busy playing that afternoon. CocaCola will also be sponsoring their trophies and medals, some of which I saw being displayed on the sidelines.

Now, if you think these kids are just playing ball in a playground, think again.

These kids would probably run some professionals a run for the money but really, they are here for the love of the game. Now, if that isn't enough reason to cheer them on and support them then I don't know what will. They now have a different outlook in life because they are engaged in sports.

Coca Cola ultimately wants this to happen in every region, every place in the Philippines and slowly, they are gearing up for more associations and football clubs to join them really soon. Football is a priority sport that CocaCola has supported all these years. This includes FIFA and other union sports in Europe, US and Asia.

Thank you for sponsors like them that gets the youth where they rightfully should be. In the grounds, playing and winning. Can't wait to see who wins this 2014!