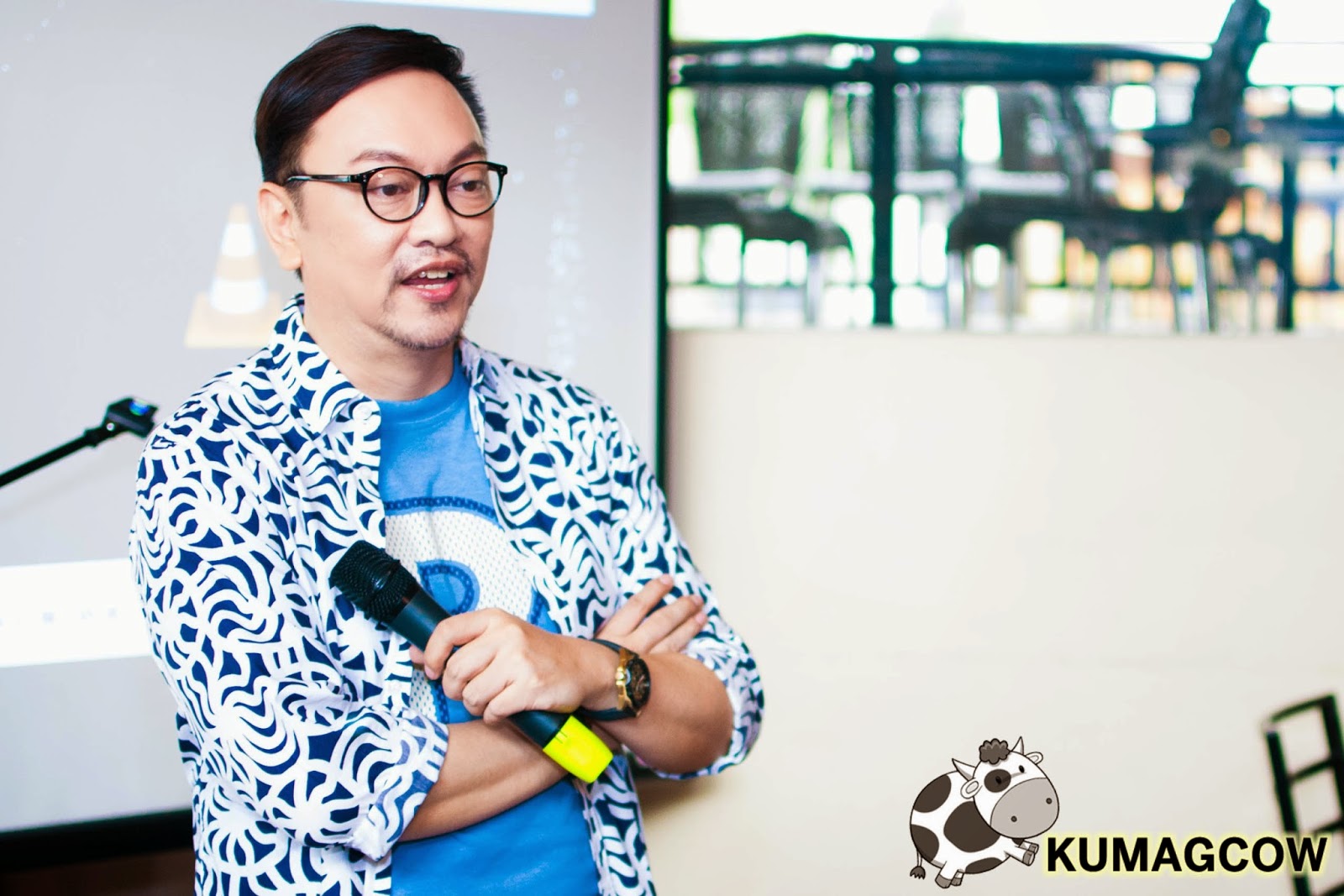 If you've been watching him in TV5 these past few months and thinking of what happened to his show, well it looks like he's bearing good news. An afternoon at the Crispy Pata haven Livestock Restaurant and Bar at Sgt. Esguerra in Quezon City answered all our questions about Philip The Lifestyle Guy. This time, you'll be seeing him in GMA News TV Channel 11 and it'll be called "Fun with Philip".

Philip Abadicio has been doing this beat for years even when he started putting up his PR company a long time ago; and part of that's dealing with lifestyle. It was at this time that he deemed it his calling. His mantra is to make this show as accessible to everyone as he believes lifestyle news isn't just for the rich and famous.

Asked if they are reformatting the show, Philip says that in a recent survey in Inquirer shows that the reason why the program works is because it is in a "constant state of flux" - meaning that it does not have a specific formula and you don't know if they'll talk about food today or if a contest will happen. They will be doing the same thing once they transfer to GMA News TV but looks forward to add more features like asking people who watch the show to send in letters of their lifestyle issues so they can help in whatever way they can.

Online and on air, they will still continue to bring bigger and better contests for the viewers because they've already gotten a tremendous amount of people following their promos. They will also introduce "Fun Kicks" - a group of individuals that would be able to accurately answer your questions since Philip wants this to be a more informative show. We also do sometimes forget that we need to course our program to a more holistic one - and advocacy aspect to answer questions about spiritual, fitness, fashion and beauty.

The show will air at 3PM every Saturday and Sunday. You can only do so much to surprise people but Philip says he wants to do that and not bore those who watch his show. He hopes to show how it is out there and have them experience it themselves. Philip adds "We're trying to not have it to be too celebrity-ish and put real people in the show. When it come to the other aspects, I'll try to have it be discussed by subject matter experts themselves. This is a new and exciting show!". The show is Directed by Tootoots Leyesa and Written by former Wowowee head writer Rod Divinagracia who was in Boracay and couldn't be there that afternoon.

Watch out also for the new segments "Kwentuhang Kumot" where Philip interviews stars under the sheets. Also in the program is American Jeffrey Whitney that he'll tour and taste with around the Philippines while interviewing him in Filipino. Lucky Mercado will also be in "Lucky Strikes" as the goes around the places where Philip is... and plays an arrogant machismo driven dude - let's see how that turns out in the story. I've also seen Madam Venus tell street dwellers their fortunes and that was hilarious... she's the next Mommy D! Let Bryan Santos also teach you the latest workout and fitness routines right in the gym on his portion as an "Exercise Expert" plus see Hilda Ehrenberg strut her stuff on the runway as fashion diva "Bru-Hilda" takes a snap on what's new in the fashion industry. Hope she'll be as busy as I am this Fashion Week!

I wish you all the luck on your show in this new station! I'll be looking forward to seeing you more outside the studios as well. Lifestylers, let's watch this show 3PM every Saturdays and Sundays on GMA News TV!