Never Miss A Moment Of The NBA Playoffs! 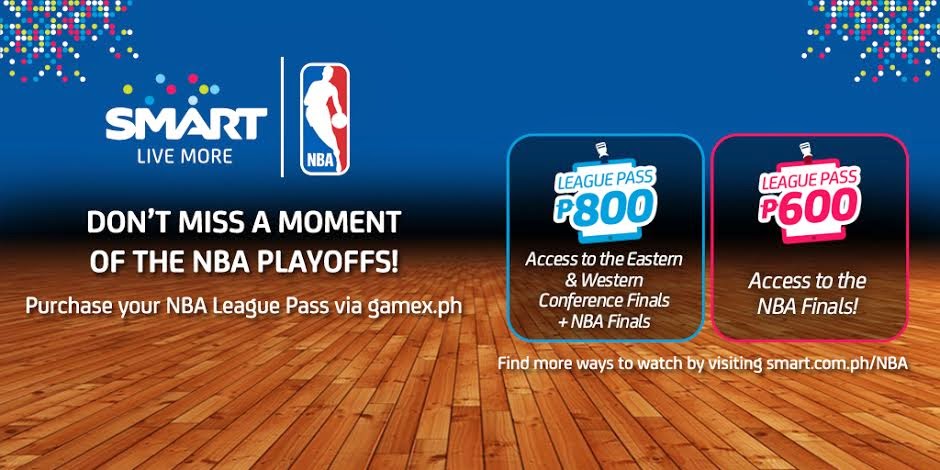 Have you seen Lebron's foul trouble right in the third quarter? Have you seen that player who blew kisses at him while getting a closeup on the court? For those of us who woke up early for the playoffs, we're lucky. For those who woke up late or had to go to work, well... don't worry because I've got the best solution for you. Have you heard of NBA League Pass?

Smart, the country's biggest network and Smart Bro the official mobile broadband partner of NBA in the Philippines just got you hooked up as they offer the NBA League Pass available for Post Paid or Prepaid subscribers. With the NBA League Pass, Filipinos can now watch the games LIVE, or watch it on demand HD whether it's for an NBA regular season, the Playoffs, Finals, All-Star Weekend and a couple and more selected preseason games. Aside from that, previous games that might not be played on public TV or cable can be seen on the NBA Archive. Isn't that neat? :) 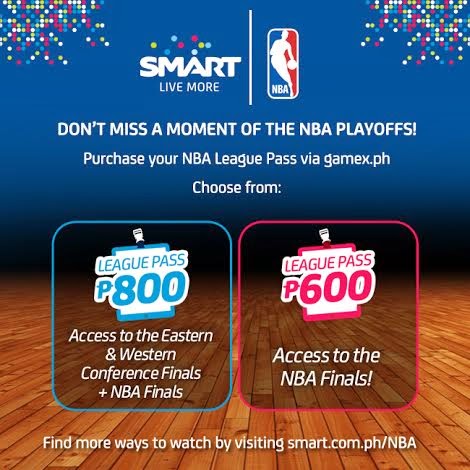 For prepaid subscribers, make sure you have enough load for this purchase. For postpaid subscribers, it will be reflected on your bill. This means, you don't really need a credit card to get this gig going. If you want to purchase the NBA League Pass with the Smart ePins portal Gamex.ph, Smart, Talk ‘N Text and Sun Cellular, just to go to www.smart.com.ph/nba and follow the purchase instructions there. If you want an NBA League Pass for the Eastern and Western Conference Finals, it only costs Php 800. If you want the NBA League Pass for the Finals, it only costs Php 600 to get exclusive access. It will then be deducted from the prepaid load you have or charged to the bill upon purchase. The NBA League Pass is accessible through mobile or desktop at http://watch.nba.com/nba/. Make sure you get one before the games because we have to know if the Spurs wins. Of course they will! :P

Oh and before I forget, aside from purchasing via ePins, Smart also has some new bundled plans with the NBA League Pass in its new subscriptions. You can check that out on smart.com.ph/nba. I've heard the Smart Unlisurf plans at P999, P1500, P2000, P3000 have it. The LTE Plan 999 too. Don't take my word for it, just go ahead and visit their centers or call them for more details!