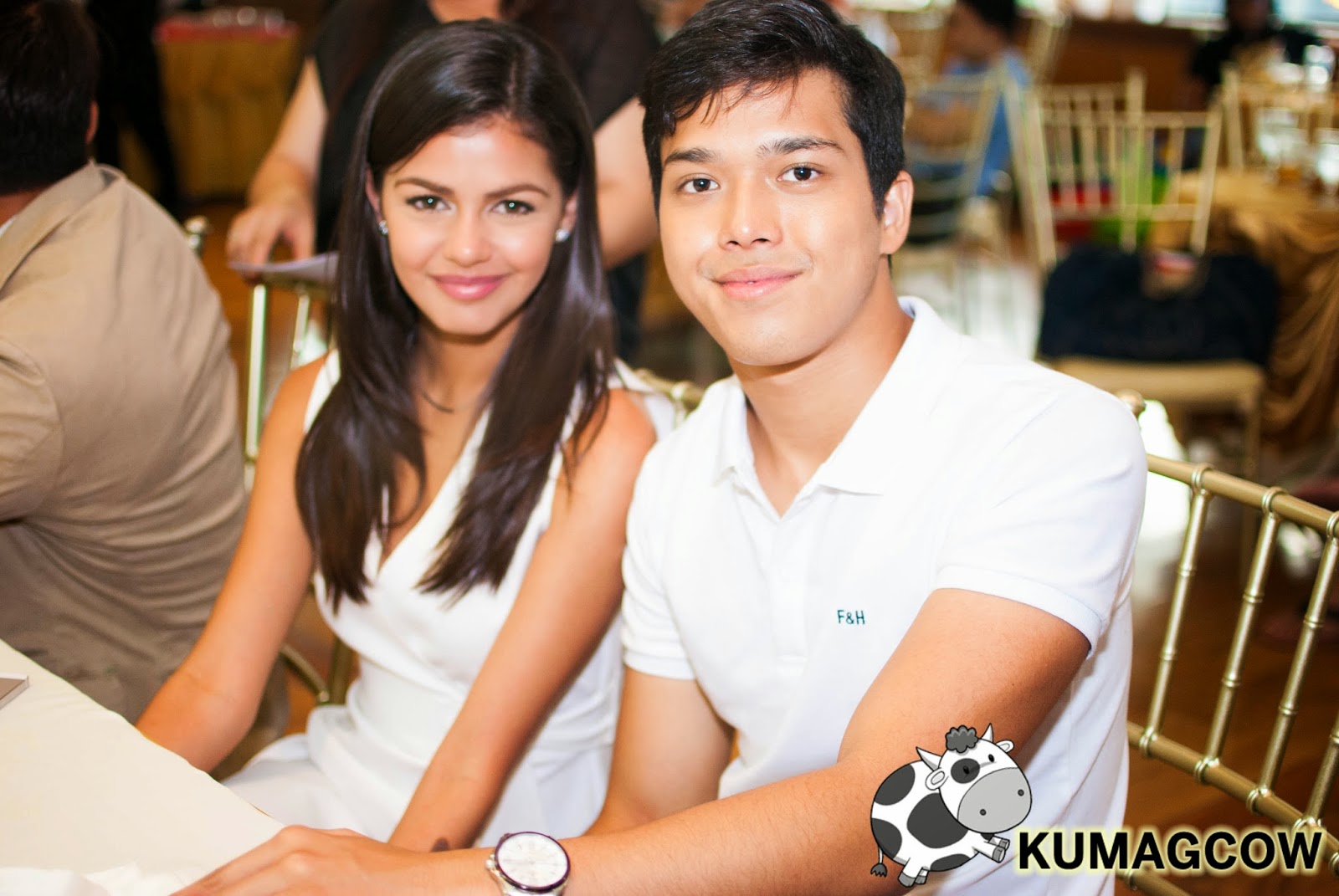 Meeting some of the stars of GMA's afternoon prime time block was something I was really looking forward to. I do catch some of these shows and I know they've got a pretty big following. The last time I saw Janine Gutierrez was in a Bench show ages ago. She's one remarkable actress now and I've seen her together with heartthrob Elmo Magalona as Lynette and Isagani respectively. I like these two, very humble.

They are doing justice to the old Keempee De Leon and Donna Cruz original which was a hit back in the 90's. As for the love team, I think they are gearing up to maybe even make it a reality because I've seen interviews of Elmo admitting attraction and or planning to court her but it seems to have been shelved somewhere. Anyway, you guys look good together and I don't see any reason why you shouldn't try to be more than friends.Villa Quintana already shows how Lynette and Isagani's real life counterparts look good together. The show also delves into these experiences. The fight of the rich and the poor, the conflict between families and the things that lie in between.

They have fared quite high in their time slot according to the latest Nielsen surveys. Audience share speaks a lot on how successful the show is. Other stars in this series include Raymart Santiago who plays Felix, Sunshine Dizon plays always beaten up and blind Lumen Samonte-Quintana, Paolo Contis as loverboy Robert Quintana, Al Tantay as the influential Don Manolo Quintana, Maricar de Mesa as Stella Mendiola-Quintana a very evil other woman, Marky Lopez as Chito, Kyla Alvarez as Ruby Quintana, Tanya Garcia as Amparing Mangaron, Juancho Trivino as Jace and Rita De Guzman as Patrice. Watch how these guys make Isagani and Lynette's life even more miserable as the story continues. Can't wait to see more twists and turns on this Romeo and Julietesque story turns out.

http://gmanetwork.com/artistcenter
Posted by John Bueno at 12:11 AM