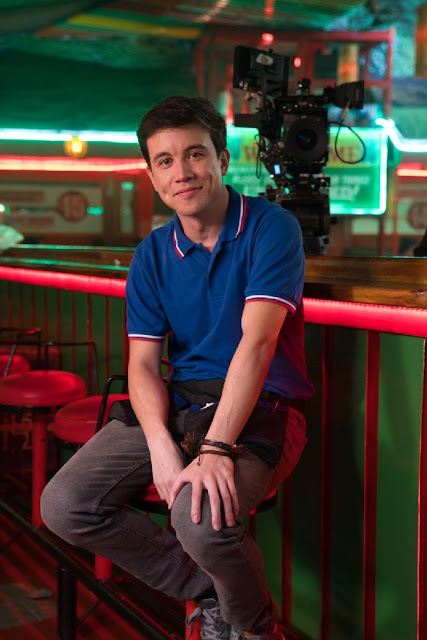 What makes a film great? A good story? A stellar line of stars? Special effects? It could be one of those, but the most heavily awarded ones and praised by critics are those that are simple, films that depict life that is raw and unfiltered. There are tons of stories of this nature that need to be told. This is what Arjo Atayde's Feelmaking Productions, Inc. (FPI) want to do. He collaborated with famed TV Director Avel Sunpongco and Ad pro Marj So to make films that could impact people's lives so we could talk about those that are relevant and touch on real social issues.

Arjo says "After years of being in the TV and film industry, I just felt that I could do more. It was at this time that I realized I had to do something, to tell the stories worth telling and put Filipino filmmaking on a different level. It's time we do things differently and adapt to changing times and tastes of the viewing public. There's a different way to tell the Filipino story that can be accepted around the world. We'll try to do that, it's what we're here for!"

FPI also believes by keeping their workplace and film locations happy, everyone would find joy at work and come up with the best quality. It was done during their first project "Hey, Joe" which was shot in Baguio City. Together with Arjo was decorated actors Joel Torre, Eric Quizon and Mon Confiado. They also had Dumbo, Nikko Natividad, Gillian Vicencio, Iana Bermudez, Manuel Chua, Yamyam Gucong, Jobert Austria, Donna Cariaga, Chamyto Aguedan and Alexa Miro as part of the cast. Arjo's gorgeous sister Ria Atayde is also included and will have a special participation on this project.

Arjo says "With FPI and our partners, we are keen to create quality films that would be at par with international standards." Hopefully, we would be able to see this on movie houses (following protocols, when it's safe!), or digital platforms that could bring the titles they're raring to churn out around the world so we could showcase our artistry in this medium. If you want to know more about Feelmaking Productions Inc. and Arjo's other projects, follow @feelmakingprodinc on IG or search the name of the production on Facebook because they're there!

And I think, that's just the first step! You'll hear more about these films very soon!