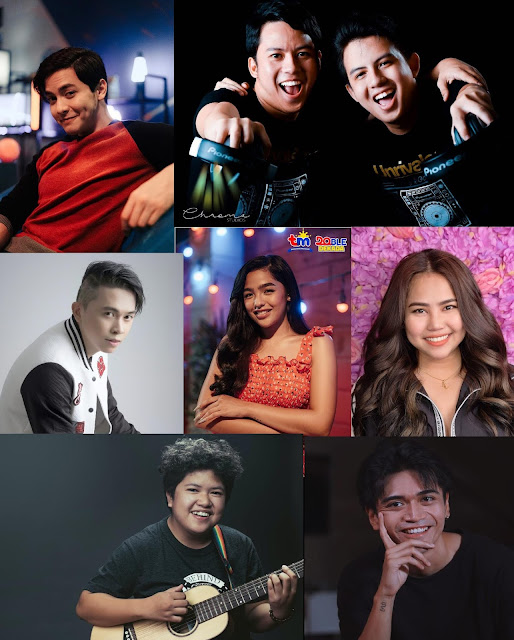 It's been a few months already but TM isn't stopping. The celebrations for TM's 20th anniversary continues as they want to make this BIG one despite the pandemic.

They've actually been doing a lot during the second quarter of this year and true enough, they're dishing out tons of prizes weekly to those who have subscribed to their network. To add the cherry on top, TM is filling a void in entertainment by holding the BIGGEST one yet. They call it "TM Doble Dekada Piyestang Pina-Easy", a fully online but interactive event. How interactive? Well, let's just say that YOU would choose what would go on and what happens next. Think of it as a way for you to be involved, because they want you to feel that YOU ARE part of the samahang pina easy, then, now, always.

Who's going to be there? Let's just say your bae Alden Richards, viral dance princess Andrea Brillantes, loverboy Seth Fedelin, the iconic Parokya ni Edgar, world phenom SB19 and love song stricken The Juans + more. Oh and if that's not enough, they'll be announcing the winnder of two winners of 500K worth of FunKabuhayan Showcase and the grand winner of 2 Million Pesos!

If you want the chance to win the prizes, you still do it until Sept 28. Just text the keyword TMDOBLEDEKADA (Space) Name/Address/Mobile number and send it to 8080. It will happen on October 5, 2021 so make sure to be there live on their Facebook page!