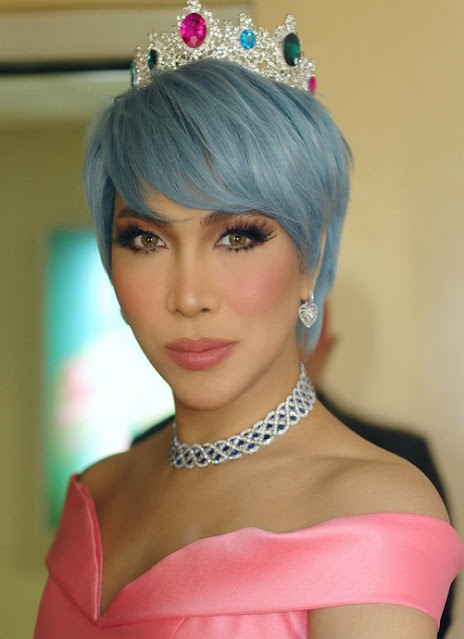 My family and I are have religiously watched It's Showtime's top rating segment Reina ng Tahanan. It's a part of the show that has been innovated and co-developed by the one and only unkabogable star Vice Ganda. Initially, it was the innate curiosity about the lives of other people that lead us to actually love the part of the program, but lately, things have changed.

Instead of us just eavesdropping about their lives, it became an opportunity to learn from it. Vice took so much time to talk to contestants, mothers from different families, and made that particular segment a gold mine for invaluable lessons. All of which, are from ordinary extraordinary people. Vice makes all make sense, make it relatable because Vice knows, we all have shared feelings. It's so smart to actually think about that... then they go the extra mile and involve family, friends, loved ones, and hear the stories from them, ask questions they don't usually talk about at home and see with a silver lining (yes Catriona) how they could resolve things, or if not, learn from it and make their lives better after their stint in the contest. I've seen a lot of people cry because of the show, and in some odd way, I'm not surprised because that's probably why the show was conceptualized.

Vice also makes it a point to tackle social issues. In recent episodes, Vice mentioned his utter amazement about corrupt politicians and how their sons/daughters would be briefed if they know their forefathers were convicted and proven to have stolen money from people. Aside from that (a little over two days ago), Vice also talked about how some people have the gall to post bible verses and quotes on social media but support a thief. That's just amazing seeing how Vice is using her platform, all for the greater good. It's why we're all hooked, and why the show absolutely works!


For that, THANK YOU Vice! I can't wait to hear and see more on the show!


(Oh by the way, Vice is headed to the US on October for her concert called VAX GANDA: A Dose of Laughter. That'll be on Pechanga, Temecula on October 15 and 16, and in Mohegan Sun in Connecticut come October 24. For tickets visit Pechanga.com or StarMediaEntertainment.com and get one, I hear they're almost sold out!).