GABBI GARCIA Wishes to do GL Series with Sanya Lopez 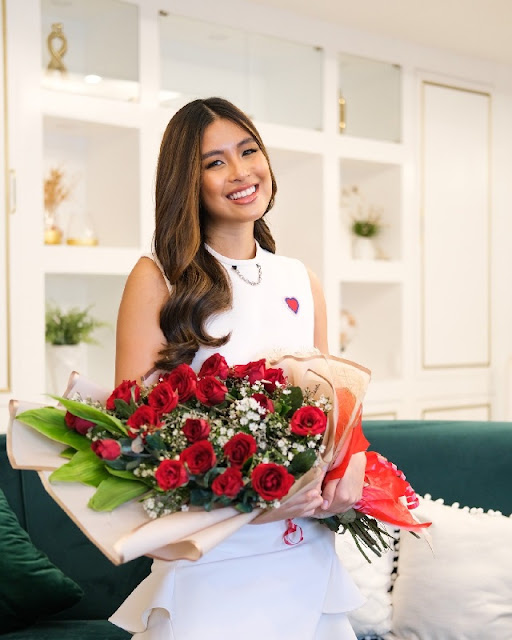 She's an amazing model, vlogger, podcast host, and global endorser. She's one of GMA's prized dramatic and romance go to actresses and she's still making waves in several shows she's been part of, yes, she's Gabbi Garcia. I distinctly remember years ago when we got to talk to them about their passion and singing, she still does that but has now discovered so many facets of what she can do as a person, I guess love has something to do with it.

Her relationship with Khalil Ramos made her open up more. She didn't get to do video blogs in the past because she didn't know the technical stuff, the cameras to use, but Khalil was there to guide her through it. In a sense, I got the impression during the interview that they complement each other. Khalil was more reserved, an introvert, which is somewhat the opposite of what Gabbi is.  Now they also added a podcast, a mukbang vlog, which they will do regularly and it's a venue where they could show how they are in real life.

Gabbi also renewed ties with GMA, and one of the things she plans to do in the future is do a GL project (Girl Love). She wants to be paired with Sanya Lopez because she didn't want to be left behind as Khalil already has done a BL series. Aside from that, I asked her about wedding plans, and she says they do talk about it because it's the end goal. For now, they know their priorities and still have so many things to do as far as their career goes. In a nutshell, we've got so many things to look forward to in Gabbi's future shows, and she's just starting!