Leanne and Naara for "Daybreak Live!" 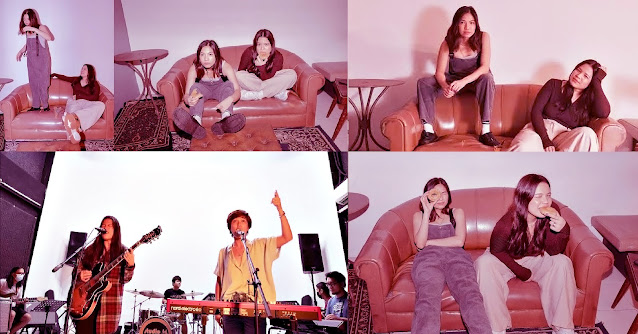 COVID-19 restrictions have halted a lot of businesses including the entertainment sector. Live events, are a no go which means music lovers, artists, are going to be heavily affected. Thank the ones above for putting smart people in technology, we have new ways to connect digitally and still see each other virtually.


Indie pop duo Leanne and Naara are artists from Warner Music Philippines. As Naara puts it "I miss hearing people sing to our songs and how we got interact with them, wish we could go back performing live gigs." While Leanne quips "The pandemic had us do virtual gigs which was quite difficult for us. We were in different places and resorted to doing sets of our own in a single event. We've been doing this over a year now and slightly getting the hang of it. We also have pre recorded ones, which we can do in a single day."

Leanne and Naara did a concert in an actual concert hall. It's called Daybreak Live (their debut album was entitled Daybreak). It's full of their latest hit singles, they also have new arrangements and arguably their great vocals that have been always adored by their followers. They're doing this as a way to bring their Daybreak album even closer to their audiences since they haven't formally had a launch for it. They also know people miss live music and this is certainly good to quench the thirst for it. This concert has been a lifelong dream for them.

About the songs, Music Director and Producer Brian Lotho made sure each single will be heard differently. You'll feel they've amped up favorites like "Too Soon!" and "Till the Morning Comes". Concert Director par excellance Paolo Valenciano also is also making sure everything runs smoothly as he's done the biggest ones in the country. This was recorded in Maybank Theater, with protocols followed each step of the way. Leanne says "We are so excited to bring our brand of music and electrifying performances onstage and our Daybreak Live concert brought a different side of us, and we hope we'd be allow to perform once again when restrictions relax in the country!"

Now it would be good to take your love for Leanne and Naara's music further, both the Daydream album and the live concert (as recorded) is available on Spotify.