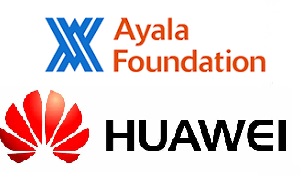 It's been long standing, as two companies signed through a virtual session last September 13, a partnership so they could provide digital education for Filipinos. Ayala Foundation Inc. and Huawei Technologies Philippines Inc. are doing this to continue their goal to build sustainable communities and be a part of nation building.

Present during the occasion were AFI Senior Director for Social Development Joanna Maria Duarte, Huawei Philippines Vice President Daniel Guo and Huawei Philippines Director for Globe Telecom Zeh Zhang. This also coincides with AFI's 60th anniversary. They dubbed it as "Faith in the Filipino: 60 years of partnerships in nation building", a pretty apt theme for what Huawei and Ayala Foundation is doing now.

Huawei is donating USD 200,000 to support Ayala Foundation Inc's programs. This includes disaster recovery and emergency response, education, training and building sustainable livelihood for woemn and IP's. Huawei will also support globe with a USD 100,000 grant for their environmental programs. They've been doing this for several years now because they know how hard it is especially in the education sector where tons of students and their families won't be able to afford sending their kids to school. They promise to give more through Ayala Foundation's CSR programs as a way to give back to the Philippines.

It's a good thing.