What Does It Take to Have a #WorldWithoutWaste? 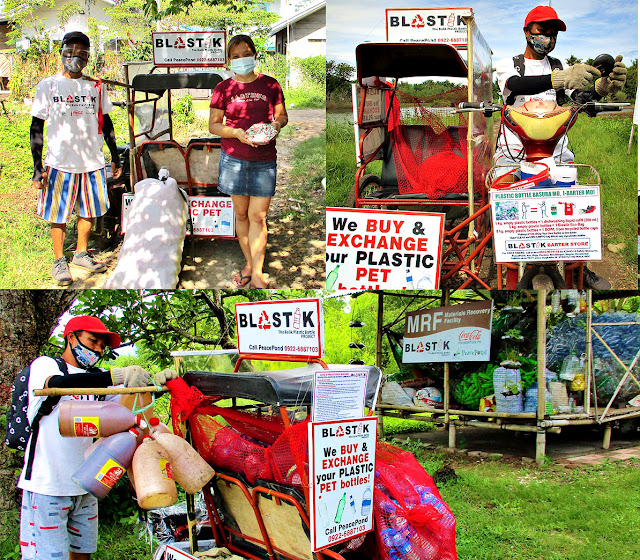 A couple years ago, Coca Cola launched a global campaign with a very bold and ambitious goal. The aim was to collect and recycle a bottle or can of what the company sells by 2030. Year after year, they stepped up, become successful, and that also included the Philippines. Their movement in the country has spawned different models including this NGO called Alternative Indigenous Development Foundation, Inc. (AIDFI). A component of what they did in 2019 called Blastik made use of recycling centers that is funded by The Coca-Cola Foundation. In it, they learned to spread awareness about environmental efforts, earn and provide for themselves, and recycle a lot of plastic. As you may know, a lot of companies make products with packaging and these efforts would hopefully make a dent on that challenge. Coca-Cola currently is recycling over 93% of their waste in bottling plants and now utilize plant based renewable material called PlantBottle.

Blastik's success as a pilot project continued in a partnership wtih PeacePond Farmers Organization based in Binalbagan, Negros Occidental. Farmers from this organization have empowered their community and provided environmental education so they would learn waste segregation, recycling and putting up livelihood projects via workshops, webinars which they host in a regular basis. The Blastik Project taught them how collecting, recycling used and clean plastic bottles would be beneficial and create opportunities for townsfolk so they could earn from re-using plastics in projects, so they could feed their families. Beneficiary Jo Guanco (who's a 53yo farmer from the same place) says "The Blastic Project showed us how important it is to teach our neighbors about segregation and recycling. We are also working with other communities these days so they too can coordinate and schedule collection of plastic bottles in towns, nearby areas and offices, of which some personally call us so we could collect it for them. We continue to be Blastic Eco Rangers til now."


The movement has gone to other communities like Bakyas Community in Oringao, Kabankalan Negros Occidental, Elite Ads Corp in Paranaque City, and Elite Ads Corporation in Carmona Cavite. They also have active partnerships with Seda Hotel in Bacolod City plus Southland College in Kabankalan also. During the pandemic, they continue to process almost 17 tons worth more or less of mixed bottles, bottle caps, plastic sachets and labels too. As of now, Coca-Cola Foundation is supporting over 40 zero waste communities around the countries, and are continuing to grow more in the next few months. Ms. Cecile Alcantara puts this as Blastik's initial success, and says "we are really happy and excited about it."

If you want to know more about their initiatives, just head on to coca-colacompany.com/reports/business-environmental-scoal-governance-report-2020 or their social channels and be part of that change, make the #WorldWithoutWaste possible today!