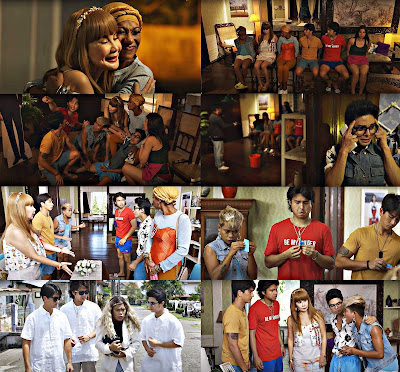 Looks like Puregold Channel is giving us a treat as it comes out with 2 more episodes right after its supposed season ender. I've been watching "GVBoys: Pangmalakasang Good Vibes" since it came out in July and as of now, it's gotten over 4.7 Million views in Facebook and YouTube. That in itself is a feat and judging from the comments I've seen on both platforms, people are lovin it!

Cast include Jerome Ponce, Nikko Natividad, Dave Bornea, Ms. Carmi Martin, Wilma Doesnt and Elsa Droga. It airs every weekend on YouTube and I've subscribed so I get an alert on YouTube once they have an episode uploaded and published publicly. Honestly, I like how they used this platform to not just provide us with entertainment. They also used this to introduce products which is available in store so you kinda get knowledge about them without the need to go there physically yet.

GVBoys also talks about the importance of family, of friendship, how to have fun and what lengths you should go to when you're helping other people. The two special episodes will come out this week and next week, so make sure to subscribe at the Puregold Channel YouTube account and hit the notification icon. You can also like the official Puregold Facecbook page so when they come out with videos on the page, you'll know. Who knows, they might get even MORE generous when you do and come out with a Season 2!